"The greatest ideal of nations is Freedom. But...Freedom without Law is Anarchy. LAW protects Freedom from anarchy"-- Myles Munroe. 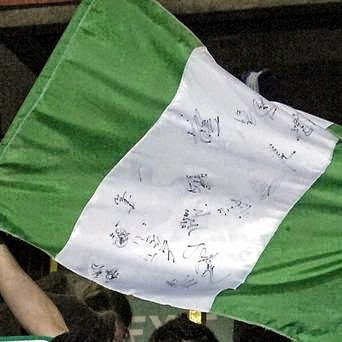 I struggled in my bed last night to find comfort, call it the toss and turn game; and I realized that there was a message in my heart to my fellow Country. Anyone who knows me would know that I'm proudly Nigerian and I pride in the beauty of the Greens of mother nature. Africa brings its joy and attitude with it, so I'm one of its future that buds with eloquence. ☺
With all that said, I have seen many posts recently about the abduction case and let me just clarify that this unfortunate situation happened two solid weeks ago. It was one of the many moments where my heart just bleeds for the injustice that we must endure. The filthy foundational rumbles that cause nations to rise and fall. I mean take a good look at the beginning and ask if this really is a governmental issue, a territorial consolidation or a social affair.

I will try my best to project the truth about our aching backs, the bitter fact about our abducted sisters.  All these did not begin 2014, neither will it end by signing a petition. The bomb blast did not just arise 2014, neither will Boko-Haram be brought out in the open with our excruciating anger. The present President of Nigeria and all of its leadership are not exactly responsible, they might be part of the declination though. If something is not done fast and I mean drastically fast, then we're doomed  for the worse. We have been subjected to come out of comfort, being mentally caroused by sweet-talking whores, who want nothing but exuding power and gullibility. We in suffering believe their tongue and are lured to be disappointed over and again. The masses are indeed powerful but not mentally; we're made to believe that we need this handful of monsters who rob us off our rights to a peaceful government.

A lawless nation fails. Can I re-project that statement? A Country that selects leaders who fail to be accountable to the constitution of the law (mostly projected by seats that represent the masses) will head for disaster. (Our Constitution is whack by the way). When the British people handed us our independence, I'm not sure we understood the politics behind the power that was handed down to our forefathers, but nonetheless I am hoping and praying that a new breed will reconstruct the constitution that holds my Country. Nigeria holds no one accountable for embezzlement, mistakes, abduction, mishaps, mismanagement, bad leadership. No one is responsible for anything. The law is such that the leaders hold the law, not the masses, hence, the reason why the leaders are like toddlers in office. They have completely rendered the masses powerless. The law is super imaginary! 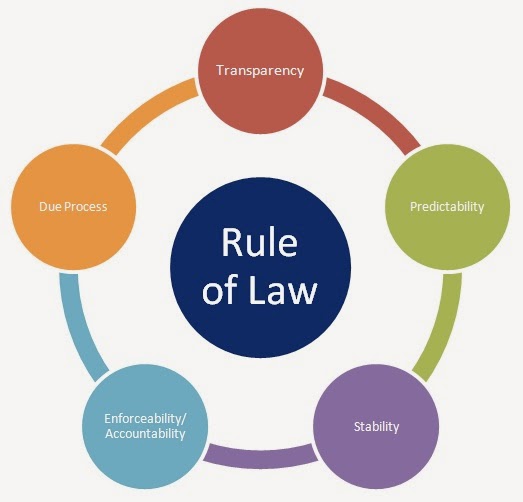 It is time for the 'educated' masses to rise up and ask for equal right to the government that rules them. A constitution that favors only the leaders is an invalid constitution. Power needs reconstruction. I am way tired of wicked folks who with massive greed in their heart beg to be voted into Aso Rock only to fail the mad man who gets killed by the road side and nothing is done to give him a proper burial ceremony. Many of the future Nigerians seek so hard to leave the Country because there are no jobs, yet we are one of the richest Countries in the world. How can our fruits Oh! Nigeria be dominant in the Sciences overseas and we have no jobs at home to come back to? How can our leaders be so selfish as to not see beyond their noses? You all who think you're alive, from OBJ to GEJ, let me announce to you that your grave is being dug and so will it for everyone who will continue to contribute to the nation's downfall. This is not a curse by the way, it is the law of  nature. It is appointed unto man to die once. So, tell me then, what good did you contribute to your nation?

Take a look at this list and tell me what's wrong? We have fine experts all over the world that can design a plan to last a nation for centuries, but No, we would rather deal with having the latest brand of cars and businesses than fix these sectors.

The national security system sucks so hard we can taste it all the way overseas. Many are scared to come home because they are sure even our cops rob them. I am with tears within and I'm not sure what my article can do. I'm not sure I want this to be another petition to Government because as far as I'm concerned there is no Government for the people. This Government favors itself and its leaders. It's the reason you don't see how the masses are dying of hunger, how grown men cannot provide for their families. You even dare take away their lands and fill it up with your greed. You make them pay for their own inheritance. Shame on you!

I enjoin every family and groups of family, every religion to join us in prayers for the affected families both from the bomb explosion and the abducted girls. We must pray but work must begin. Strategies must be put in place to enhance the law. I am standing for a project that sets a tone for a law that favors the economy and its people, not gullible irresponsible heartless leaders.
I even looked up the current constitution and there is nowhere it says; here is the penalty for breaking the oath of allegiance or the penalty for those elected into office, 'please feel free to object.'

Here is where I drop my pen and say ENOUGH IS ENOUGH NIGERIA! PROJECT THE LAW, REWRITE THE LAW!