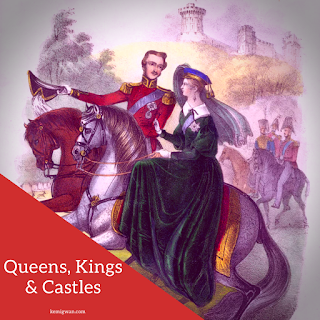 Any time a person measures their lives by other people’s opinions and standards, that, in fact, is insecurity.

You are a soccer athlete and you have been celebrated by those around you for the most part of your life. You meet a swimmer athlete who has also been celebrated their whole life. For some weird reason, you start questioning your abilities as an athlete. All of a sudden, you start to think, perhaps you’re not good enough.

Every human has hidden insecurities. At least that’s the one place we’re truly equals. The most powerful in rank and class proved my thesis when I saw season 2 episode 8 of “The Crown.” Totally love that show by the way. If they feel that way, despite their prestige, then it’s safe to say all humans are victims of this one issue.

Prior to this long awaited meeting, the First Lady, Jackie Kennedy, dominated international news. She was praised by the press as the most beautiful and intelligent woman of her time. She spoke multiple languages and had attended great colleges. She was the woman every woman aspired to be.

The Queen of England on the other hand, was possibly the most powerful and influential person in the world. She, at the time, had just had her third child and was feeling a little insecure about herself. Totally normal post-partum sentiments, I can relate. She referred to herself as a “middle aged woman.” She watched First Lady Jackie on TV and just disliked her for how she seemed to enjoy all the attention. Even the Prime Minister attested to how smart the First Lady Jackie was, but the Queen quickly dismissed his statement, saying, “it’s her looks.” The climax of jealousy would hit as soon as they met.

Anyhow, after pleasantries were exchanged(which POTUS and FLOTUS totally bummed), the Prince Philip spent time shamelessly flirting with First Lady Jackie Kennedy. At one point, he offered to personally give her a tour of Buckingham Palace. It was at this point that Queen Elizabeth had had enough. The Queen insisted on giving the First Lady the tour herself. After all, it was her castle.

In her very private chambers, the two women experienced something significant. They realized that contrary to what the world thought of them, they were just two women. Women like you and I. Phenomenal moment I must say.
They were not encumbered by expectations or public profiles in that moment. They were just two shy women who loved animals and had been positioned by fate and destiny in positions of authority and much responsibility.

“No, I liked her very much. And I’d been all set to loathe her. But in the end, I was utterly charmed. People are so rarely what they seem”, the Queen said.

How many times have you loathed someone as a result of your own insecurities?

Sometimes as a person, when you are jealous of someone who appears to be occupying a domain you like, it just might mean you have underlying insecurities that floated to the surface.
Our insecurities are manifested through our emotions. If not recognized and properly handled, they could lead us into non-constructive words and actions.

I sat down to ask my husband about his perspective on insecurities surrounding our lives as humans. His response blew me away and I hope it does the same for you.

“It was my first job. I was a dishwasher for Ryan’s Buffet restaurant in Louisiana. In my second year working there, a new guy joined us on the job. He was Jamaican.
We shared a lot in common.
Like me, he was an international student at Grambling State University- majoring in Computer Science. He was a freshman while I was finishing my sophomore year.
As dishwashers, we were also responsible for mopping the floor once the restaurant closed, so it wasn’t uncommon for our day to end at 1 or 2AM.
Those days, I mostly felt sorry for myself and despised my circumstances as I considered myself at the very bottom of the socio-economic ladder.
Such manual labor was beneath what I deserved out of life.
One late night, as we mopped the floor together, Damian pointed at me and said the words that flipped my perspective and changed my life:
“That’s the guy with the life I want”.
I came to understand that no one wishes to be stuck at the level of a restaurant dishwasher; but as far as progress goes, it’s an invaluable step in the right direction and I must be grateful.
He was a freshman and from his perspective, if he’s “like me” in the next year, then his dream is achieved.
That lesson on perspective and appreciating every step on this journey called life, has stuck with me till now.
I may not have everything I feel I deserve, but I thank God that I am where I am right now.”

Insecurities can arise from any number of places/situations
The list goes on and on.
The key is to recognize these insecurities and take appropriate action.

What you do about insecurities?

As a woman, I am a Queen in my Castle. Whether I like the size of it or not, only I can do something about it. I am the only one at liberty to let in or let out.

Every other Queen has the same rights in their territory. Some Queens are intimidated by other Queens’ castles, but it doesn’t change or affect your castle, except you forget who you are.

Like the Queen of England, she didn’t need to be in competition with the First Lady of the United States. She was already the most powerful woman in the world. She only needed to see herself for what she truly was and still is.

Positions do not define us, but who and what we believe we are. We are all equals in insecurities. We may not be equal in wealth or age or class, but when it comes to insecurities, we are truly equals.
Hence it is up to each of us, to handle our own insecurities properly.
Remember your crown was made to fit.